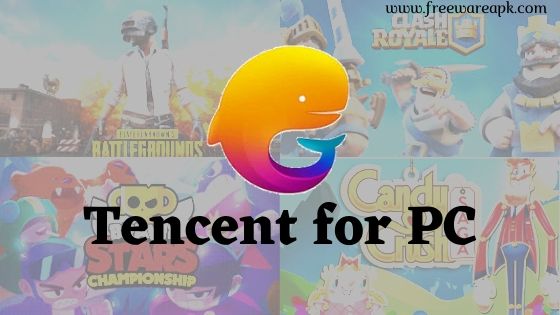 One of the best game company is Tencent. Tencent’s games are designed for mobile, but you have no reason to despair. They have developed an emulator for you called Tencent Emulator, through which you can download and play these games on PC. In this article we will provide a guide for Tencent for PC. This allows you to download and use Tencent Emulator on your PC. 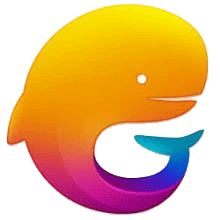 What Is Tencent Emulator

Tencent emulator for PC is known to gamers by several names. For example, Tencent Gaming Buddy, Tencent Gaming Assistant, PUBG emulator and GameLoop. Originally it is an Android emulator, created for tencent games including PUBG games. The features available in the emulator are perfect for tencent games. This is a free emulator with advanced configuration. You can customize the configuration and game controls. You can play games online with friends. Also, there are many more features.

Tencent Emulator has a section called Game Center where there are different categories of games for you. Categories include RPG, Casual, Arcad, ‌ Strategy, MMORPG, ‌ Auto Battler, ACT. The categories include PUBG Mobile, Candy Crush Saga, Brawl Stars, Clash Royale and Brawl Stars. There are many more social media including Facebook, Twitter, YouTube in the application category. The Game Center section is Tencent Emulator’s own games store.

If you compare Tencent with other emulators, you will see that the interface of Tencent emulator is very simple. You don’t need to be skilled or need any knowledge to navigate it. New users can play Android games without any problem. Also this emulator is lightweight which does not affect your device. You can easily download and install it on your PC.

The emulator has more configuration than any other emulator. Which you can customize as you need. You cannot use a mouse, keyboard and gamepad to play games on mobile. But the emulator allows you to use all three and you can easily configure the keys for the actions.

This emulator has its own social media. Its games are available as multiplayer. Its interface has a built-in friend list and user discovery opportunities. If the friends are not active, you can give a text or voice message through the official lobby. Also, you can watch live streams of different gamers through Nemo TV.

The audio of the game is an important thing that makes the game interesting. Gamers get real experience due to realistic audio while playing games. Tencent uses the Unreal Engine 4 feature and is a popular emulator to gamers due to its 3D sound effects.

Tencent for PC supports UHD resolution to give you an enhanced gaming experience. The emulator allows installation at a frame rate of 60fps. You can select HD or Full-HD or UHD resolution depending on the configuration of the PC. If you want to use UHD resolution, your PC needs to be up to date, although the emulator supports older versions of the PC.

When you play an action game, if its elements are realistic then you can enjoy the game. Vehicles, firearms and weapons seem realistic because of Tencent’s advanced graphics. This allows you to feel every moment.

Tencent is an emulator that gamers usually use on their PC. This emulator has been specially developed for games. Those who like to play PUBG get the benefit of a big screen using this emulator on PC. The emulator supports older (minimum windows 7) versions of PC. As a result you can play other popular games on PCs besides PUBG where many emulators do not support older versions of PCs.

Also, Tencent for PC allows you to download and use it for free. You can play games and chat with your friends online. You can purchase various games through the online marketing feature.

What are the minimum system requirements of Tencent for PC?

What are the differences between PUBG Mobile and Tencent Emulator?

PUBG Mobile and Tencent Emulator are equally important for playing PUBG games. You will see the difference in terms of mobile experience. One of the differences is the player base. PUBG can detect emulators and you can use a keyboard or gamepad to control game actions. But it is not possible on mobile.

There are also some differences that you will notice while playing the game.

Users’ accounts are usually canceled due to a breach of the Terms of Service. Your account may be canceled when suspicious activity is organized on your account. Suspicious activity includes cheating, hacking, making unauthorized changes, modifying automation software, GFX, plugins and scripts, fraudulent refunds or making illegal purchases. Also, gaining benefits that are not supported by the creators of the apps or games may result in cancellation of your account.

If you believe you have not done something that could cause your account to be canceled, you should submit an appeal. To do this you click the “File Claim” button at the bottom of the dialog box and submit an application. You will be answered based on the number of applications. You have to wait patiently, because it can take a long time.

How can I increase the speed of the Tencent emulator?

After downloading Tencent emulator on your PC, it gives you the best performance. If you want to increase performance, you need to upgrade your PC’s RAM, graphics card, operating system, and uninstall any antivirus tools if you have them installed. Also, FPS and resolution will have to be reduced, but the visual quality of the game will deteriorate.

Is PUBG free for Tencent for PC?

Tencent for PC is a great emulator for Tencent’s game players. It has no alternative to play PUBG on PC. If you want to play Android games for another company, you can try alternatives. If you can’t play PUBG or other Tencent games in this emulator, update your PC as per our instructions.

You Can Read Also: